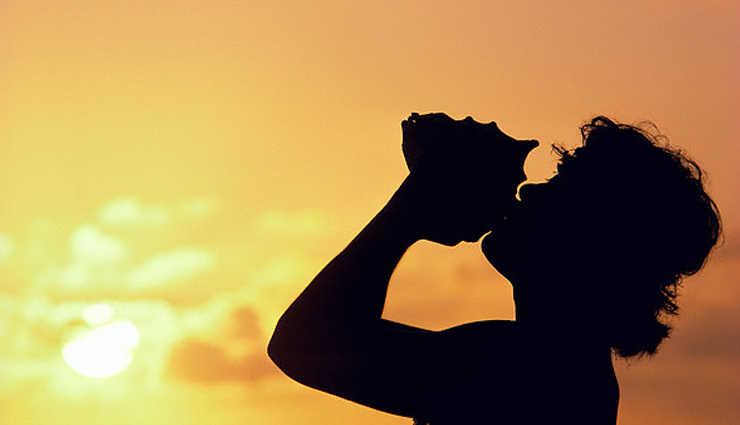 In a puja ritual, a shankha is used in two ways one for blowing and the other for worshipping. However, the one used for blowing should not be made part of a puja ritual. The significance of the shankha has been clearly mentioned in the ‘Varaha Purana’ which says that the temple door should be opened only after blowing the shankha. Also, before beginning the puja and before performing the aarti, the left sided shankha should be blown. The atmosphere contains three kinds of frequencies viz sattva dominant, raja dominant and tama dominant. However, distressing vibrations are generated by the raja and tama dominant frequencies but it is the sattva dominant frequencies which get influenced and attracted to puja ritual places.

On blowing the shankha, energy is emitted from the shankha which tends to reduce the strength of the distressing frequencies, thereby creating protective armour around the puja articles. In addition to this, the activated energy of Lord Vishnu present in the universe also gets attracted to the place of the puja ritual which proves to be beneficial for the person performing the puja as well as the others present there. The blowing of the shankha also creates a positive and pure atmosphere around us for a long period of time. 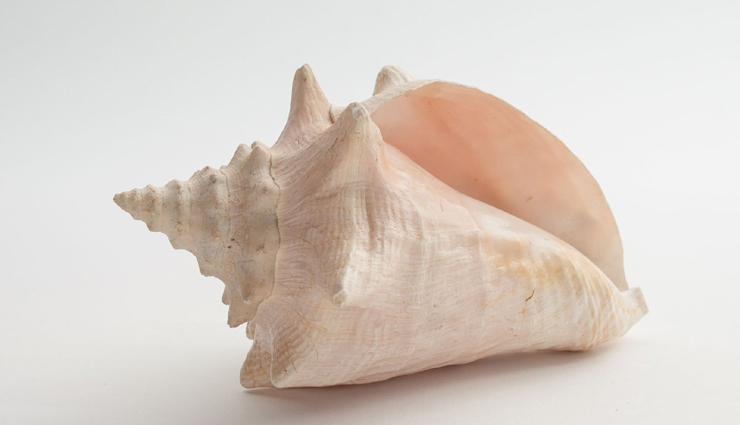 * When the sound from the shankha generates frequencies of divine energy into the atmosphere and appears to be red in color. Yellow circles of chaitanya are also seen along with them and pink particles of bliss are also emitted into the atmosphere. The outcome is it instills energy, chaitanya and happiness in the environment which in turn destroys all negative energies from it.

* When we talk about Griha pravesh, we mean the first step taken towards entering into a newly built house. it is also a very vital part of Vastu Shastra. Once the house is ready to be dwelled in, an auspicious day and moment is chosen after considering astrological elements before commencing to live within that property. 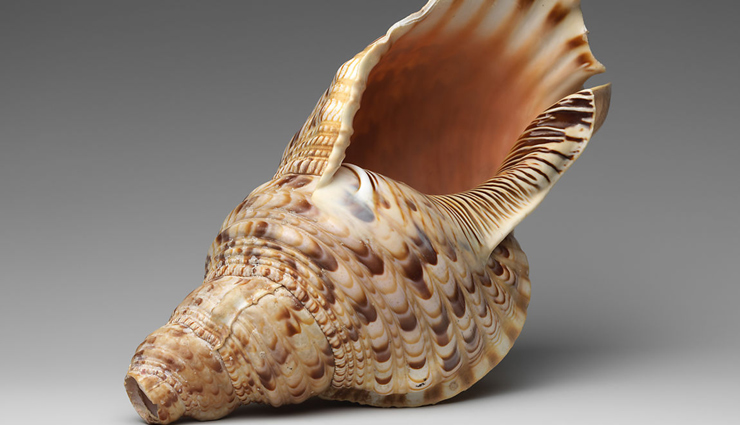 * The blowing of a conch shell enhances the positive psychological vibrations such as courage, determination, hope, optimism, willpower and bliss can be felt by all people assembled and also by the blower.

* If a person holds a conch shell to his ear, the sound of the ocean humming gently can be heard. It is actually the natural vibration or cosmic energy of the earth that gets magnified on entering the conch shell. The moment Shank is blown our brain is emptied of all thoughts. Invariably we will enter state of Tran’s state where we are very receptive. This Trans state is the one with awareness. You are so occupied in mind that only way to awaken you is with a Shock. The blowing of shank makes the atmosphere holy and pure and conducive for the spiritual growth of the individual.

* The conch shell is also used in Ayurveda Medicines. Its ash is commonly to treat menopause. The conch shell of consists of calcium, iron, and magnesium. It is well known in Ayurveda for its antacid and digestive properties. It is believed that by blowing conch shell regularly blockages in heart will go away and it also improves the respiratory system.