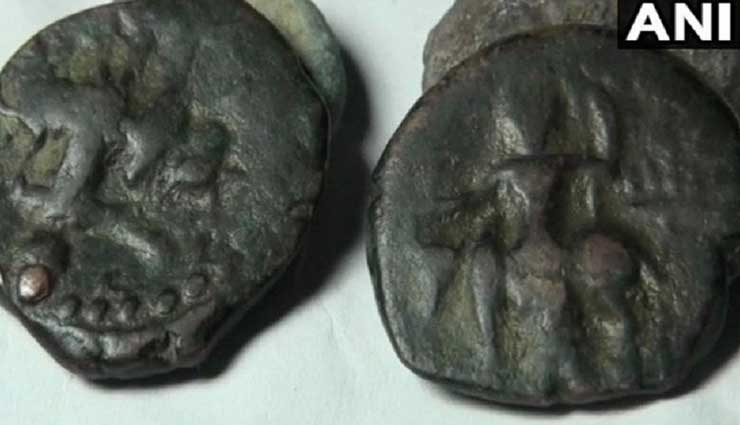 Copper coins, which may date back to the Kushan period, have been found in the Khaprana village in Barnawa area of Baghpat. The coins, which are believed to be 1,800 years old, were spotted by the locals of the area while excavating a hillock in the village. This information was then given to a local historian, Amit Rai Jain, who, using his tools, started excavation. It is then that he found a small pot containing some coins from the ancient period.

Giving details about the recovered coins, Jain said, “The figures inscribed on the coins confirm that they belong to Kushan period, weighing between 6 to 8 grams. The coins were in circulation during king Vasudeva’s reign from 200-220 AD implying that these coins are 1,800 years old.”

Not expressing much surprise at the discovery, locals of the area said that the region has a historical connection to Mahabharata and recovery of ancient articles from the place is not a new thing. One of the local residents, Sunil Kumar said, “I am working here since past 18 years. Recovery of old coins and other ancient things is a regular affair in the area. This is not something new. The region also has a historical connection to Mahabharata.” In June, the Archaeological Survey of India (ASI) had unearthed the remains of a chariot and other antique items, dating back to the ‘Bronze Age’, in the state’s Sinauli village.