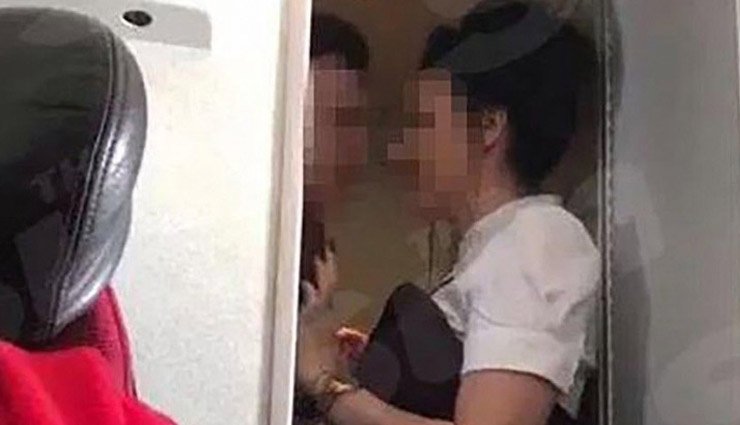 Reports of wierd acts of people on flights are in news one or the other day. A few days ago, a news on social media was viral, in which the female going to Moscow took the help of air conditioner to dry her underwear. The same was followed by another news that a Bangladeshi youth (20) who was studying at the Malaysian University, reached Kuala Lumpur Airport to travel to Malaysia from Dhaka. As soon as the flight took off, the young man unloaded his clothes and started watching porn in the laptop, but this time there was a news about the toilets of the plane. Gatwick, England, was found to have sex in a woman and a male bathroom riding a Virgin Atlantic flight going to Cancun, Mexico. According to the news of The Sun, a woman and a man in Gatwick 'Flight VS93' were allegedly caught making fissile relations. You would be even more surprised to know that they did not know each other before they boarded the plane.

The matter is on 13 March, when a woman first did the unknown boy and after that both the bathroom went to the bathroom of the class. Another passenger who saw both of them going to the toilet and saw the flight attendant informed about it. After this, three flight attendants approached the toilet door and when the door was open, both were in the offensive condition. According to a passenger traveling in the plane, at 12.30 a.m., the woman was drunk and was screaming. She looked very friendly and she came to talk to me too. After this the woman reached a woman sitting on the side of the corridor, how they were doing. In a few minutes the woman reached the restroom and the man followed him. According to other passengers traveling in the plane, 'everyone knew what was happening because the woman was making a lot of noise.'

A video footage of this incident has also surfaced, in which the unknown person comes out before the toilet and tells that the woman is sick. But the staff of the plane asked the person about the matter, when they both knew each other, otherwise they were together in the bathroom. In the video, when the crew managed to put both passengers on separate seats, all the passengers started clapping.