VIDEO- This Man Survived For 60 Hours In Sunken Boat, Without Food Or Water 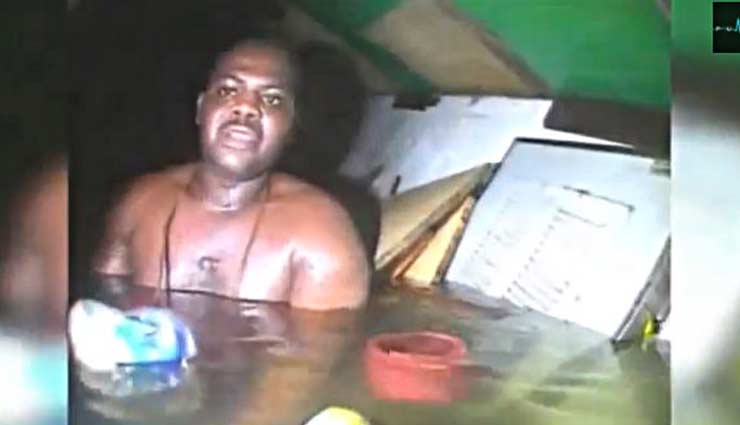 Harrison Okene, 29, was working as a cook aboard the Jascon-4, a tugboat that regularly operated off the coast of Nigeria, when it a series of heavy swells made it capsize about 20 miles from shore on May 26.

Okene told reporters he was in the bathroom when he started to feel the vessel turning over, and was forced to search for air in the blink of an eye.

"I was there in the water in total darkness just thinking it's the end. I kept thinking the water was going to fill up the room, but it did not," he told Reuters in an interview. "I was so hungry but mostly so, so thirsty. The saltwater took the skin off my tongue."

Okene was the only survivor to be found among the 13 people who were on board, a reality that didn't take long to sink in with him. 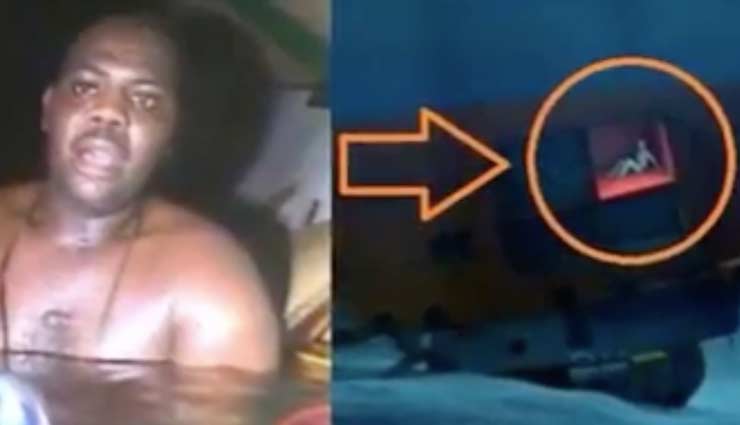 "I could perceive the dead bodes of my crew were nearby," he said. "I could smell them. The fish came in and began eating the bodies. I could hear the sound."

Of the other 12 people who were on the boat, 10 bodies have been found and two remain missing.

DCN, a global diving company and subsea service provider, sent a team to investigate the sunken ship expecting the worst.

"We expected it to be a body recover job," DCN spokesperson Jed Chamberlain told BBC Impact. "(He) actually grabbed the second diver who went past him."

In an instant, the recovery operation became a rescue mission.

But as you're about to see, it wasn't that easy to get him out of the capsized boat.

Christine Cridge, a medical director at the Diving Diseases Research Centre, was one advising the the rescue and prioritizing the regulation of his body pressure.

"It's a situation I've not come across before," she told BBC Newsday. "After a certain amount of time at pressure, nitrogen will dissolve into the tissues. If he'd ascended directly from 30 meters to the sea surface, it's likely he'd have had a cardiac arrest, or at best, serious neurological issues."

To combat the differences in pressure, Okene would first spend a considerable amount of time in a decompression chamber.

What makes Okene's survival even more miraculous is that the air bubble had lasted as long as it did.

Eric Hexdall, a nurse and clinical director of diving medicine at the Duke Center fo Hyperbaric Medicine and Environmental Physiology, indicated in a report with National Geographic that carbon dioxide toxicity was likely setting in. He estimated that in an area they size of Okene's air bubble--somewhere in the ballpark of 13.5 cubic meters--it would take about 56 hours for carbon dioxide to start affecting someone.

"If you're trapped in something like that, your carbon dioxide levels will build to a toxic level before you use up the oxygen," he said. "It wouldn't have necessarily poisoned him. It would have taken about 79 hours for him to be unconscious from carbon dioxide."

While Okene's experience has been unanimously recognized as a miracle, it's one he surely won't be able to completely digest for some time.

"We are very grateful for the survival of Mr. Harrison," Jan Messchendorp, general manager of West African Ventures (the organization that owned the ship), said in a statement. "Our thoughts continue to be with the families of the rest of the crew."