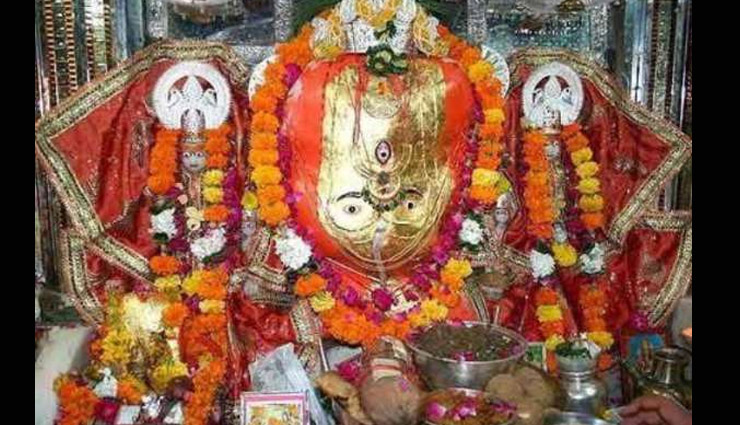 In a very old temple of Lord Hanuman in Ratanpur, Chhattisgarsh, people surprisingly worship the god in female avatar. Actually, it is the only temple in the world where Hanuman's idol can be seen dressed like a woman.

The idol carries Lord Rama on its left shoulder and Sita on its right shoulder. It is also believed that the wishes of all those who worship Goddess Hanuman in this temple are fulfilled.

According to devotees, the mystery of this temple lies in the story of a King, Prithvi Devju who ruled Ratanpur decades ago. He was a great devotee of Hanuman. Once the king fell ill and got into depression. He dreamt of Hanuman one night where the god asked him to build his temple. He followed his orders.

Soon after the temple was built, Lord Hanuman once again came in his dreams and asked him to pull out his idol from Mahamaya Kund and place it in the temple. When the king's workers pulled out the idol, they were shocked to see Hanuman in a female avatar. Ever since, locals, devotees and tourists have worshipped Hanuman’s idol in this form only.

The idol carries Lord Rama on its left shoulder and Sita on its right shoulder. There are also two rakshasas (demons) placed at the feet of Hanuman. It is believed that after the idol was placed in the temple, the king got rid of his depression and whoever visited the temple since then, their wishes came true.

Around 25 kms away from Ratanpur is Bilaspur. One can easily find many trains connecting to Bilaspur.