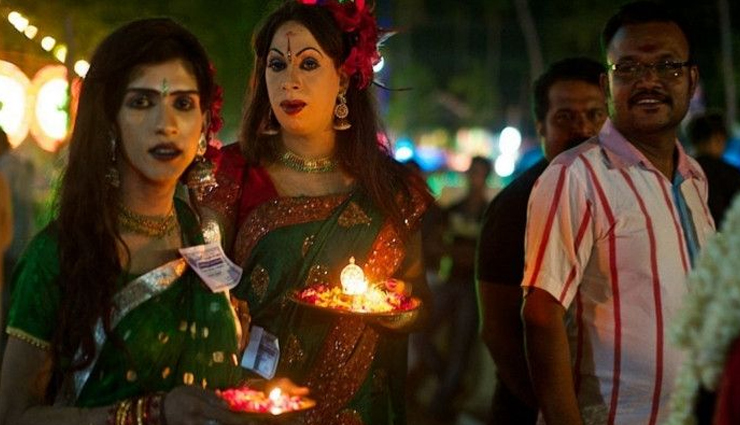 During Chamayavilakku men dressed up as ladies holding lamps in their hands walk around the temple with utmost devotion and prayers. Kuruthola Panthal (structure made of tender coconut leaves) is an exclusive festival scene from Kottankulangara. Apart from all these the festival also has many cultural events, firework display, procession, and so forth.The famous Chamayavilakku is a unique festival which is held at the Kottankulangara Sree Devi Temple, Chavara near Kollam, Kerala where thousands of men irrespective of their religious faith dressed up as women offered prayers to the Goddess Bhagavathy, the deity of the Temple which is believed as 'Swayam Bhoo'(Self Origin). This famous temple is the only temple in Kerala having no roof the sanctum sanctorum. The uniqueness of this temple is that the boys and girls dress themselves as girls and ladies to hold the traditional temple lamp. 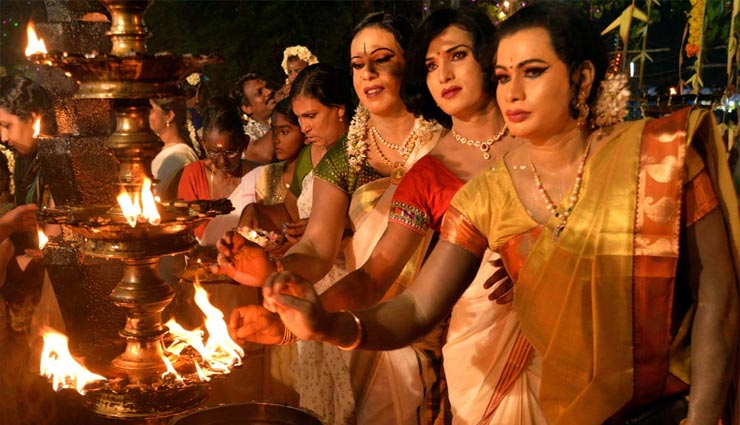 The Kottankulangara Festival is an annual Hindu festival in Kerala, India in which thousands of men dress as women. The festival takes place at the Kottankulangara Devi temple at Chavara, Kerala which is sacred to the goddess Bhagavathy. Every year this festival is celebrated on the 10th and 11th day of the Malayalam Meenam Maasam which falls on the 24th and 25th of the year.

On the festival day thousand of Devotees visit the Temple to seek the blessings of the Goddess Bhagavathy. The men dress up in the female attire of their choice. Some wear Set saari, Pattu saari, half saari or even dance costumes.

Festival begins on March 9 and will end on March 25. Around 4000 people were participated in the Chamayavilakku. The myth is a group of boys herding cows and during their play, they used to act as shy girls and offer flowers and a coconut dish called kottan to a stone. One of the boys had a divine reception from the Devi and subsequently a temple without an outer wall was constructed and the ritual of men dressed as women offering prayers to the Devi started.