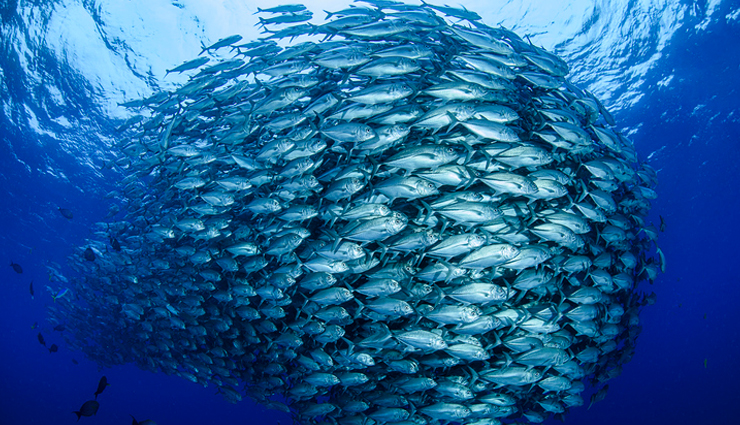 Immerse yourself underwater without getting yourself wet. These lovely virtual reality voyages take you along some stunning national marine sanctuaries for the best virtual ocean adventures! Enjoy these mesmerising videos and live streams of the vast blue ocean that use 360-degree images to highlight its remarkable habitats, animals, and cultural resources underwater. 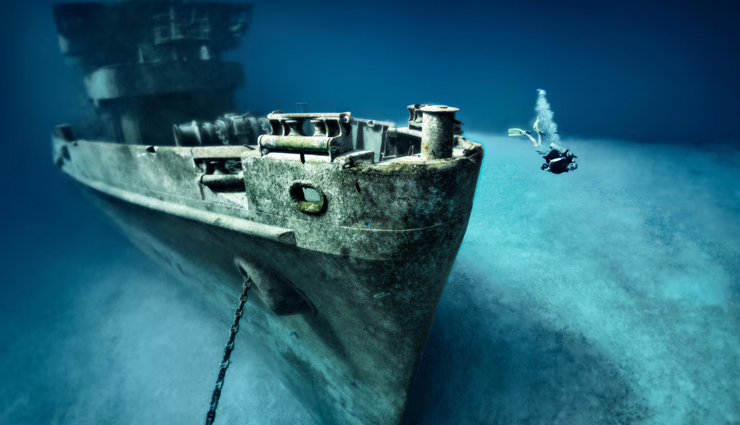 While shipwreck expeditions usually require a diving qualification, that won’t be an issue with these interactive virtual tours. On these virtual dives, you get to explore underwater sites without any danger. Check out these 360-degree immersive videos around New Zealand that include a look at ‘HMNZS Canterbury’ and ‘MS Mikhail Lermontov’. The former is a warship that was sunk to provide an artificial reef and dive wreck in 2007, while the latter is an ocean liner. ‘MS Mikhail Lermontov’’s central staircase and starboard entrance collapsed after an earthquake in 2016, and this video is now the only way to see its old features.

You can also explore the wreck of SS Thistlegorm, a British armed Merchant Navy ship through this 360-degree video tour. This virtual tour guides you around the wreck to see all its main features, along with a field of debris where it was bombed in October 1941 near Ras Muhammad in the Red Sea. 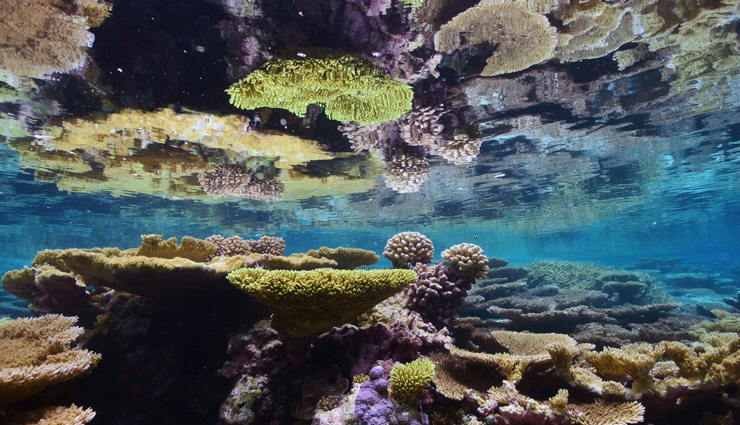 With David Attenborough’s Great Barrier Reef, you will get to explore the world’s largest and longest coral reef system on the east coast of Australia. This interactive virtual underwater journey will take you around this “beautiful but threatened world” which tells the story of one of Earth’s most bio-diverse ecosystems. Through this virtual experience, you’ll get to explore the 133,000-square-mile-long reef and some of the 1,500 fish species and 600 coral types that live there. This underwater tour also throws light on the damage done to the coral reef by climate change—through interactive time-lapses, videos, weather maps and a “mantis shrimp vision” tool.

On Netflix, you can also watch ‘Chasing Coral’, a documentary that investigates coral bleaching around the world. Created by the Ocean Agency, it has a series of 360-degree images on Google Earth. 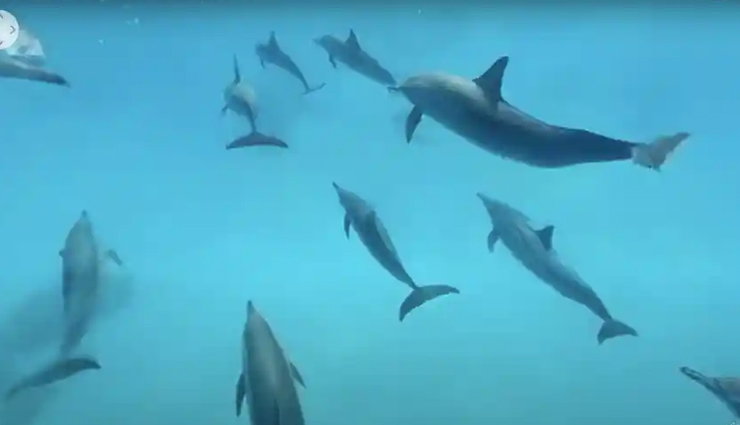 This 360-degree video by the research organisation-Dolphin Swim Club was created as a “cruelty-free alternative for so-called dolphin-assisted therapies with captive dolphins”. It also allows you to swim with wild dolphins thanks to virtual reality. The organisation also developed waterproof UnderwaterVR goggles, which allows swimmers to experience virtual wild dolphins and its associated therapeutic effects.

You can also try the Dolphin Project in the Bahamas which calls for viewers to take a pledge through its 360-degree video. The pledge is to “not buy a ticket to a dolphin show”. If you want to see bottlenose dolphins and oceanic manta rays, have a go at BBC Earth’s ‘Our Blue Planet’ VR video series. Filmed off the coast of Mexico, near San Benedicto Island, it includes an immersive virtual reality experience of dolphins and manta ray. It’s also narrated by a marine biologist Erick Higuera, and although filmed for 3D, is worth a watch even without a VR headset. 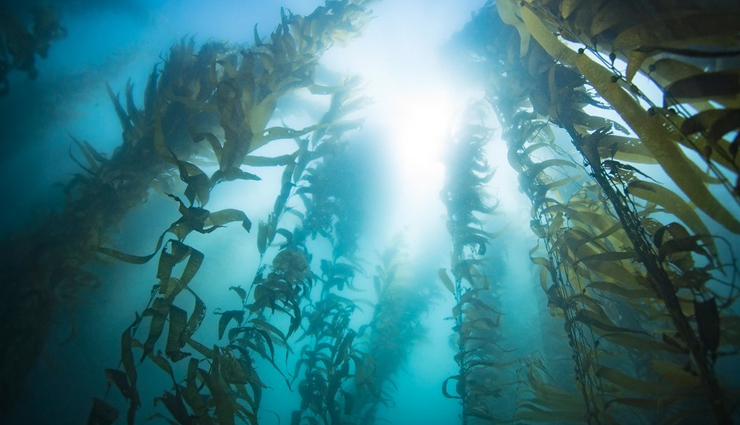 Falling under the order of Laminariales, kelp is large brown algae seaweed. Kelp grows in “underwater forests” in shallow oceans, in colder areas. These underwater jungles of kelp cover around 25 per cent of the world’s coastlines, and are an important food source for a wide range of marine life. Each wide blade of this ribbon-like seaweed can grow up to two feet within a day, and due to its efficiency in storing carbon from the atmosphere, they are also being used to fight climate change. You can watch a mesmerising 360-degree video by Ocean First Education of Anacapa’s kelp forests in California’s Channel Islands national park here. The national park also has its own webcam stream.

You can also try BBC Earth’s 360-degree footage which allows you to take a dip in a Norwegian kelp forest, and another at Monterey Bay, California. 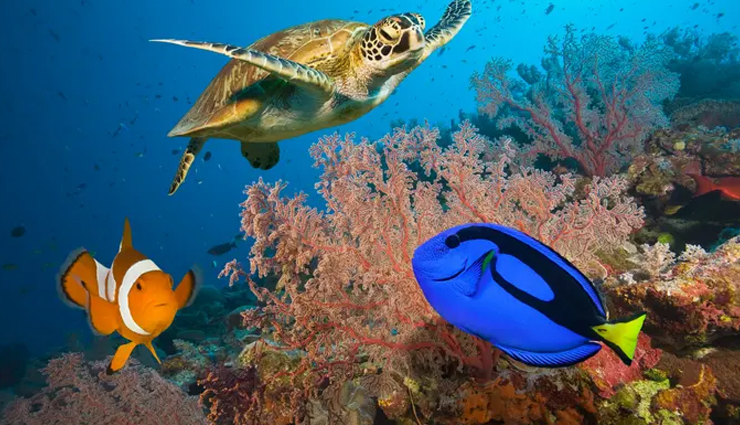 Did you know that besides being known for their long life, turtles can hold their breath underwater for up to seven hours? These magnificent creatures are easily recognised by their bony, cartilaginous shell and can be observed in their natural habitat in this 360-degree video in Buck Island Reef in the US Virgin Islands. This National Geographic video includes a rare glimpse of tiny hatchlings heading from their nests to sea at night.

You can also watch this 360-degree footage by BBC, which has captured a nest on a desert island beach in the Caribbean. Take a look at this AirPano video which captures (only on film) a larger adult sea turtle off Cuba’s Jardines de la Reina archipelago in the Caribbean. Nothing can beat the experience of seeing these gorgeous shelled creatures in real life, but we can make do with these virtual ocean adventures where we can glimpse them. 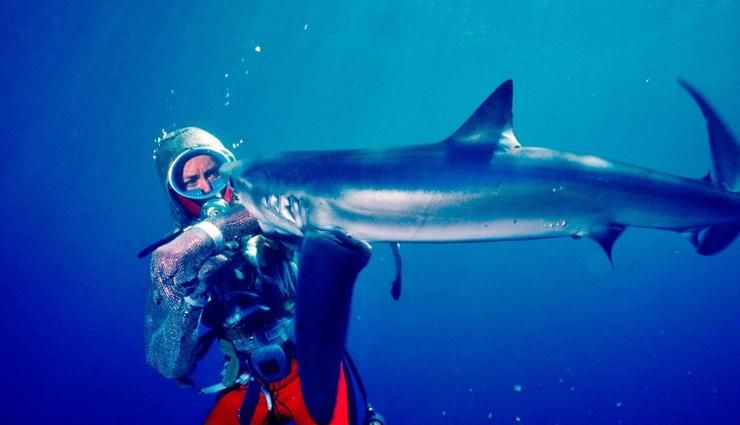 Want to virtually relive ‘Jaws’? This is THE virtual ocean adventure for you! Hum along—Duuun dun. Duuun dun. Dun-dun dun-dun dun-dun, while this 360-degree video (virtually) takes you up close and personal with sharks. Another video by AirPano, this virtual tour allows you to dive with white sharks that can grow up to six metres in length and reach a speed of 35 mph. The filming of this video takes place in Guadalupe Island, off Mexico’s Baja California, one of the very few places where you can experience the program ‘Diving with sharks’. You will virtually go under the surface of the water at a depth ranging from 1.5 to 7 metres where you get to see sharks through a special secured cage.

You can also dive into an immersive 360-degree video on National Geographic where you come face-to-face with a hammerhead shark in the Bahamas. You can also catch a glimpse of the largest fish on earth—the Whale Shark, in this 360-degree video which was filmed off the coast of Mexico. The video was captured by Discovery Channel. Another video by the same channel from the MythBusters team brings you face-to-face with a shiver of sharks. This video has around 30 reef sharks clubbed together near the Bahamas’ ‘Ray of Hope’ shipwreck and was a part of a wider research project on sharks’ fears. You can also try Exploreorg’s webcam stream, to spot a shark in the Atlantic off Cape Fear, North Carolina. Nothing makes virtual ocean adventures more exciting than seeing sharks up close, but safely.