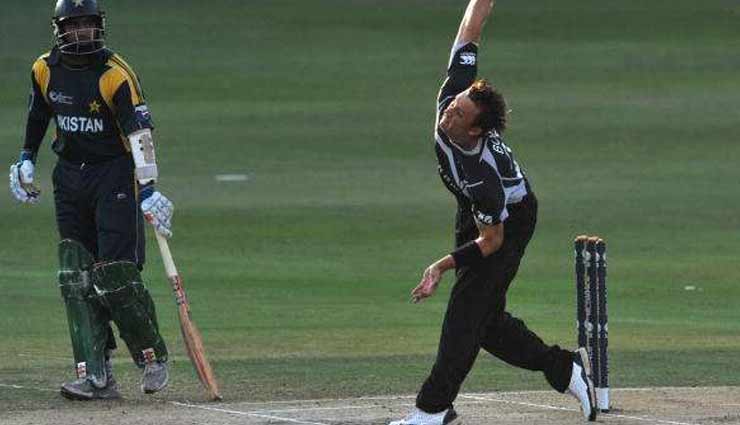 When people are asked what is the most number of runs to come off one over, thoughts turn to Tilak Raj and Malcolm Nash, who both conceded 36, to Ravi Shastri and Garry Sobers respectively. But in February 1990, Bert Vance went for more than twice that number in what ranks as one of first-class cricket's oddest overs.

The incident took place on the final day of Wellington's Shell Trophy match against Canterbury in Christchurch. It was Wellington's last game of the season and they needed to win to ensure that they secured the title. On the final morning they declared their second innings, leaving Canterbury to chase 291 in what turned out to be 59 overs.

Canterbury lost early wickets, and as John Morrison, the former New Zealand batsman and at the time Wellington's coach, remembers, they "put the shutters up very early in a run-chase that was very feasible and we just couldn't remove them in the normal way".

Although Canterbury had looked like losing when they slumped to 108 for 8, Lee Germon and Roger Ford had stopped the rot and seemed set to hold out for a draw.

Although when the penultimate over started Canterbury were eight wickets down, Germon, their wicketkeeper and no dunce with the bat, was still in and on strike. Morrison and Erv McSweeney, Wellington's captain-wicketkeeper, hatched a plan and Bert Vance, the New Zealand batsman who was nearing the end of his career and so had no bowling figures of any note to worry about, agreed to help them.

The idea was to feed Canterbury enough runs so that they would get close enough to the target and then perhaps risk their last two wickets going for glory. They began the over on 196 for 8 with Germon 75 not out.

Vance proceeded to bowl a succession of no-balls, and of his first 17 deliveries only one - the second - was legitimate. Full-toss after full-toss was lobbed down from two or three yards down the track - "Bert overdid it somewhat," recalled Morrison - and each one was cracked to the boundary past motionless fielders.

Germon brought up his hundred off the sixth ball, and in all he took 70 off the over, including eight sixes and five fours. Ford faced two balls midway through the carnage and scored five.

The real problems, however, were off the pitch, where the bewildered scorers and scoreboard operators lost track of what was happening and at one point resorted to consulting with spectators to try to resolve the chaos. Even the umpire was left bewildered, only allowing five legitimate deliveries before calling an end to proceedings.

The situation had not been resolved when Evan Gray bowled the final over. Unbeknown to both sides, Canterbury had moved to within 18 of victory, and another 17 from Germon off the first five balls levelled the scores.

But with the scoreboard rendered inactive as the scorers still battled to make sense of Vance's over, Ford blocked the last delivery of the match. Only when the players returned to their changing rooms did the position become clear.

Tags :
most expensive over in the history of cricket,
cricket,
weird news