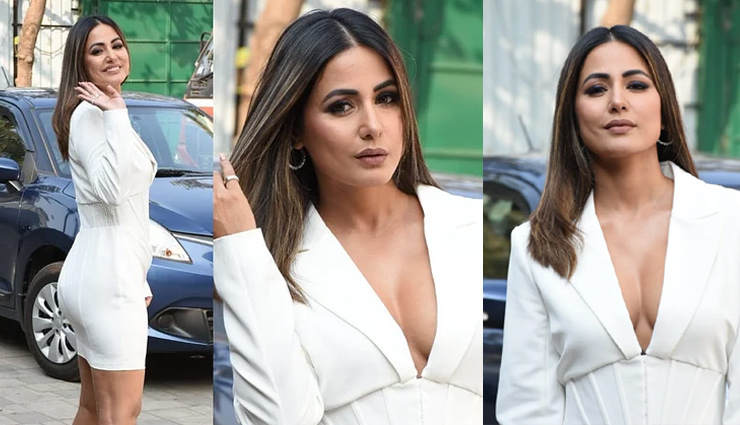 Actress Hina Khan turned up in a chic white outfit for an outing in the city. The gorgeous diva was spotted in a classy number with a plunging neckline.

The 33-year-old slayed as she posed for the paparazzi, setting the bar even higher for fashion goals. 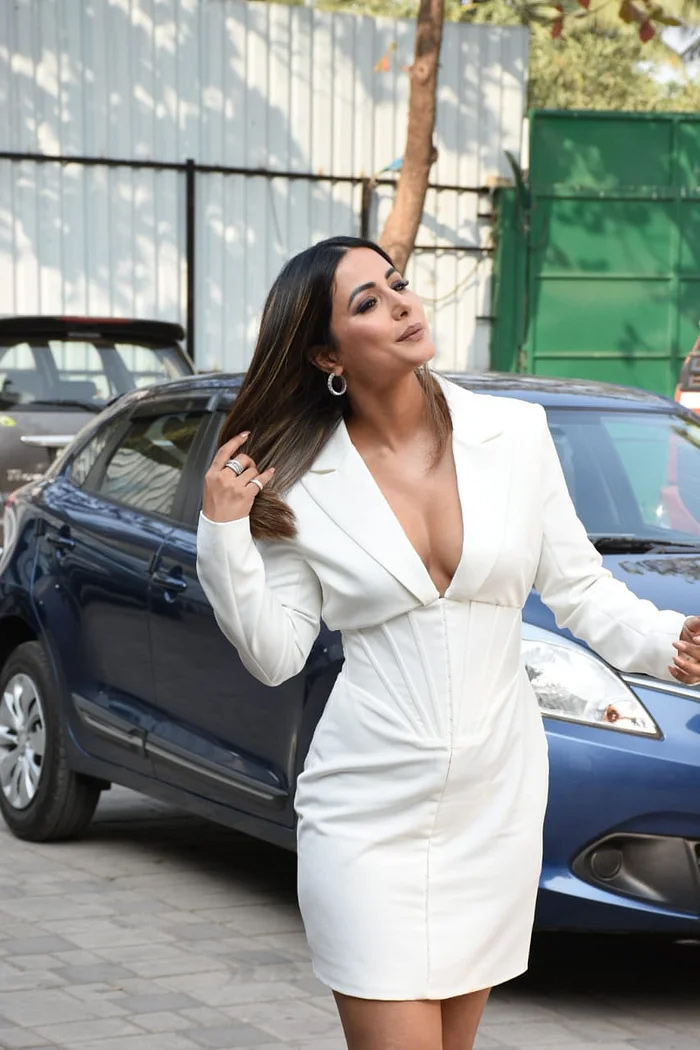 Over the past 12 years, she has walked the Cannes red carpet, been a reality TV star on “Bigg Boss” and “Khatron Ke Khiladi”, had her brush with Bollywood, and has also cemented her status as one of the highest paid stars in Indian television. 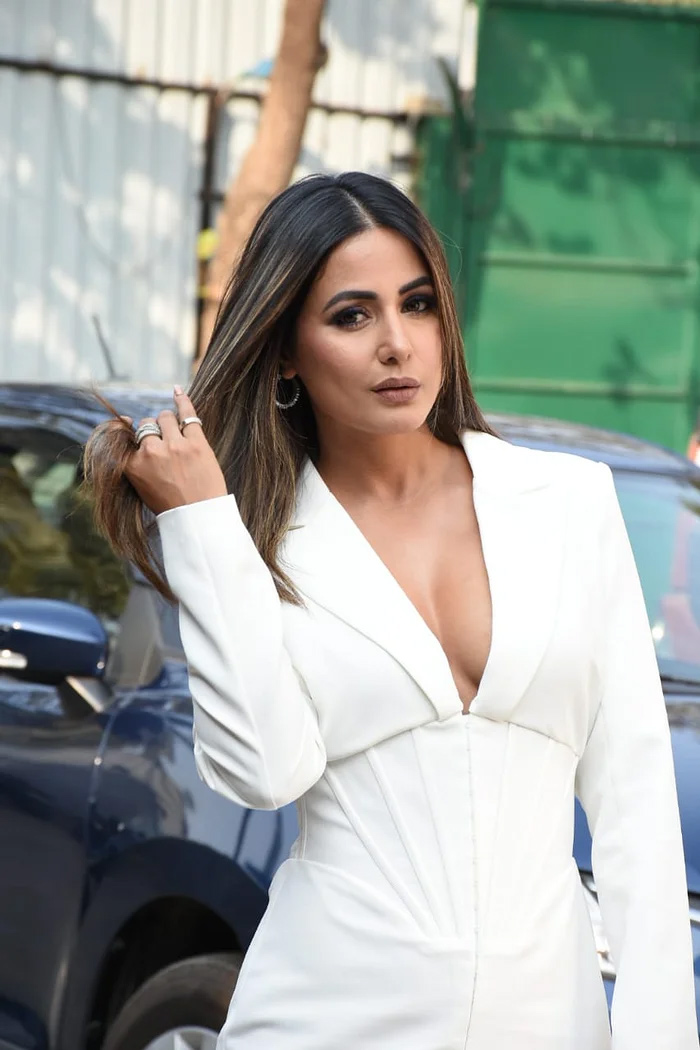 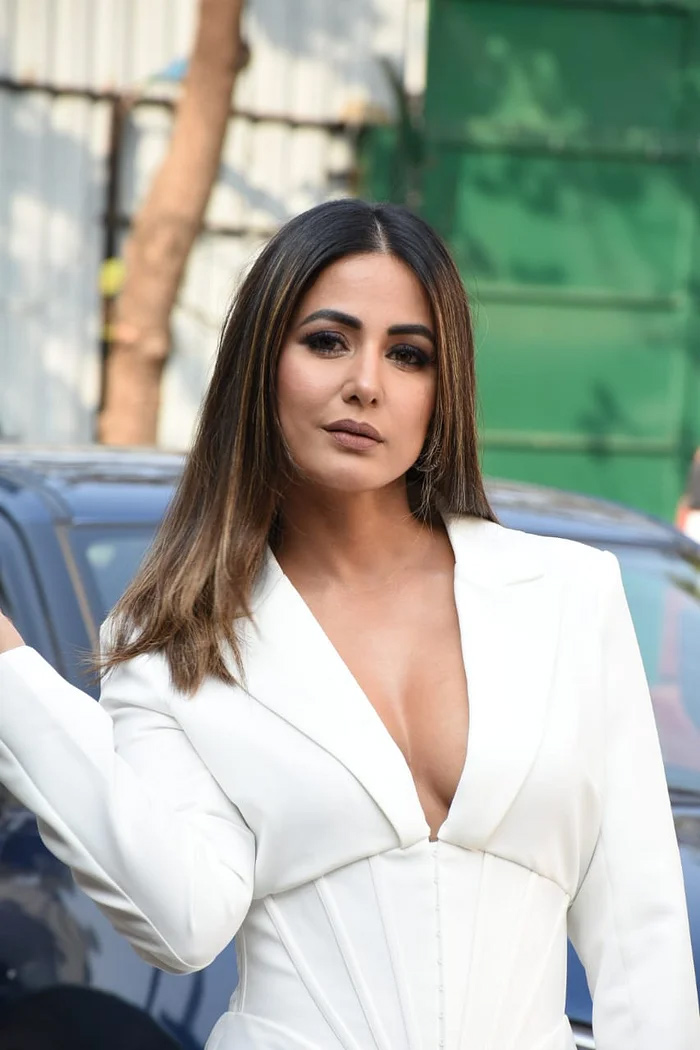 On the work front, she has two movies and a music video in her kitty. One of them is an international film, Country of the Blind.

She said, “It is shot in two languages, English and Hindi. I want the movie to be showcased at various film festivals. I guess that will happen once the COVID-19 situation comes under control.” 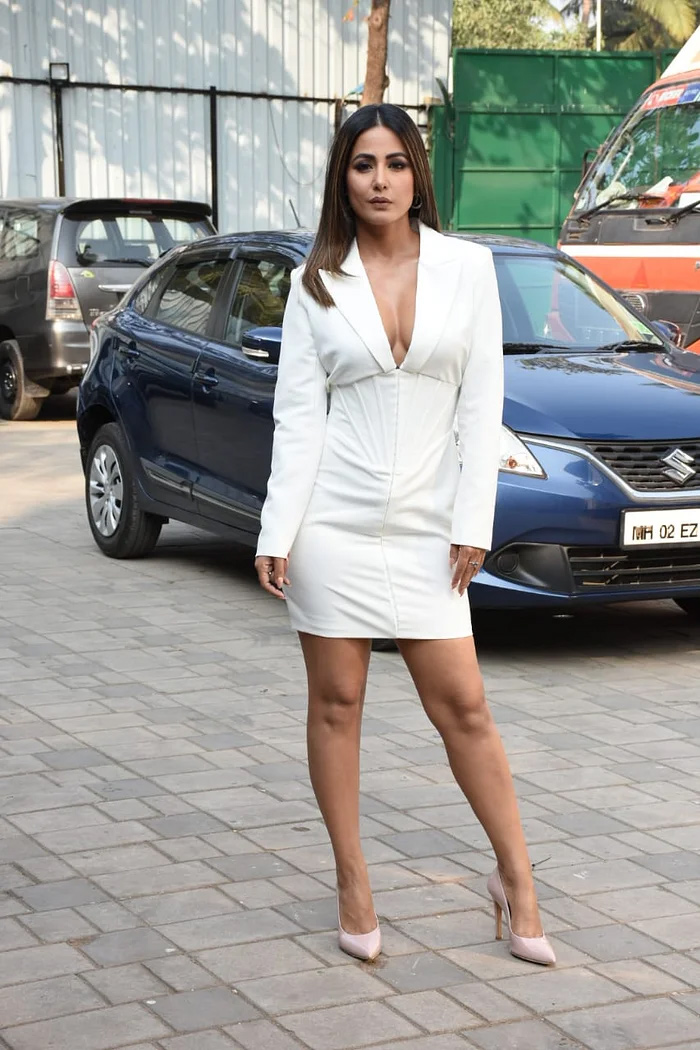 “The movie is about a village whose entire population is visually impaired, and it has been so for centuries. I too play a blind girl. The story has a wonderful message: Blind people are better than those with sight,” she added.