10 Little Issues That Couples Fight About The word “couple” is quite a deceiving one. It leads us to believe that the people in question are a single, indivisible unit, joined by undeniable emotional compatibility. However, no matter how much two people are in love, they are still individuals, and they have their own ways of doing things. It’s these differences that often lead to points of contention between the two.

If two people have come together under happy circumstances, chances are that all the important parts of the relationship are exactly how they should be. After all, most people wouldn’t think for a second of getting together with someone whose principles were patently opposed to their own. Instead, the aforementioned points of contention arise from small, petty things.

Initially, these can be laughed off or ignored, but as time progresses, the list will build up and take on an irrepressibly intrusive character, developing into a major issue in its own right. And what are these petty issues that cause so much dissent in the ranks? Things that seem almost laughable on paper, but have the potential to drive a wedge between a formerly happy couple. 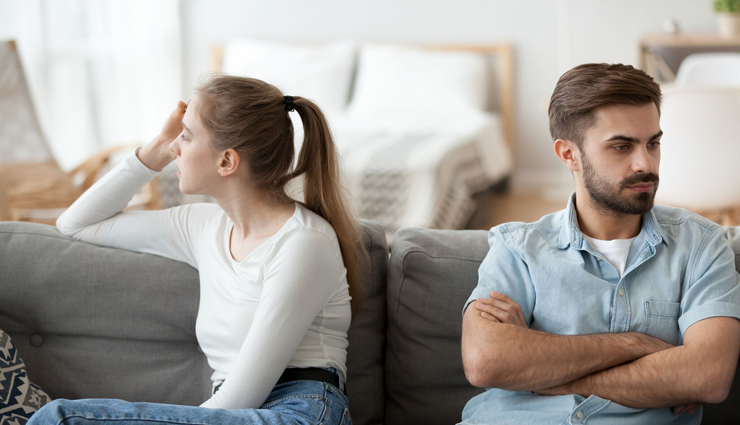 The first on our list of immaturities refers to the contents of the refrigerator. It’s amazing how many people take serious issue with what their partner keeps in there. There may be an actual serious point to this if one member of the couple, for example, is a vegetarian, and the other keeps bringing their food into contact with meat.

But on the whole, showing disgust and/or displeasure at having someone else’s tastes on display is both childish and small-minded. Definitely a prime contender for the “Go take a long, hard look at yourself” award!

Why is it that the humble toothpaste tube cap has achieved such global notoriety in the field of interpersonal relations? The act of not replacing it after using toothpaste has become an almost universal point of contention and is one of the pettiest and silliest things imaginable to argue over.

Guys and girls, it’s a piece of plastic! It measures about an inch in length, and replacing it takes somewhere in the region of 1.5 seconds. Is that really worth fighting over? If you don’t know the answer to that rather obvious question, it may be time you booked yourself a shrink. 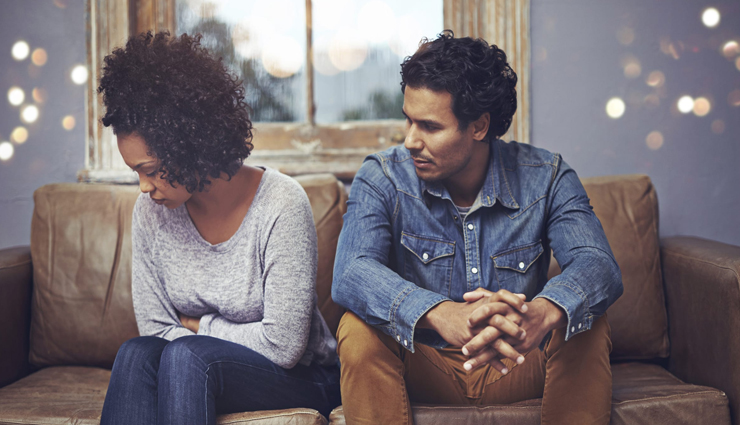 # The division of labor

Although still an immature point of contention, the issue of who does what chores and how many is a little more understandable in its divisiveness than some of the points on this list. If one person is expected to do nearly everything, for instance, it can underline deeper issues regarding respect and appreciation. However, fighting over silly bits and bobs, like taking the bin out or replacing the toilet roll, really isn’t worth a night of the obstinate silence that follows.

The easiest way of dealing with this immature object of a fallout is to draw up a list. Divide the labor evenly, also taking into account who does what work-wise throughout the day, and there should be no further problems. Creating a schedule might seem a bit of a chore in itself, but it can save a lot of head and heartache along the way.

The humble television set with its banal and inconsequential offerings can lead to some of the fiercest domestic arguments. Chances are, although it is common for houses nowadays to have TVs dotted around each room, that the main living room contains the master set that everyone feels they have the sole right to take advantage of.

Whether it’s the man of the house inviting his buddies around for the big game, the ladies with a cheesy rom-com, the kids with the latest episode of SpongeBob, or every role variation thereof, access rights to the TV are often hotly contested. Surely there’s some kind of simple system that can salvage an interrelationship dispute on the matter of which TV program and when? Failure to set boundaries on this most simple of issues is a sure sign of a situation that needs a serious looking at. 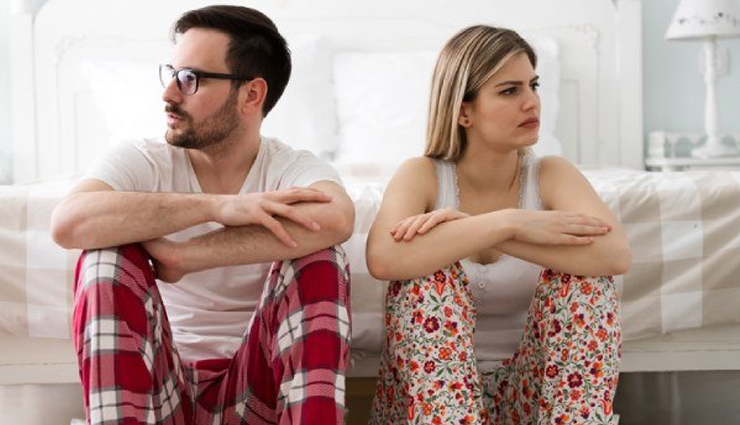 This is an issue that isn’t talked about half as much as some of those mentioned above and below, but is nonetheless quite common. Basically, when a couple first gets together, going to bed is always done in unison-for fairly obvious reasons.

Yet, as the honeymoon period fades, old habits tend to reoccur. Watching a late-night movie and going to bed in the wee hours of the morning may have been a favored habit in former times, but is likely to cause annoyance when your partner is patiently awaiting your presence in bed.

The bed warmer will complain that the relationship is suffering from a lack of intimacy, whilst the movie buff will defend their need for space. The answer is, as always, a simple matter of common sense-as long as the movie watching is only occasional, what harm can it do?

One likes to a lot, and the other prefers a quiet night in. Again, it’s just a matter of balancing needs, but when these two differing approaches to how to spend private time are at loggerheads, strife is often the eventual outcome. 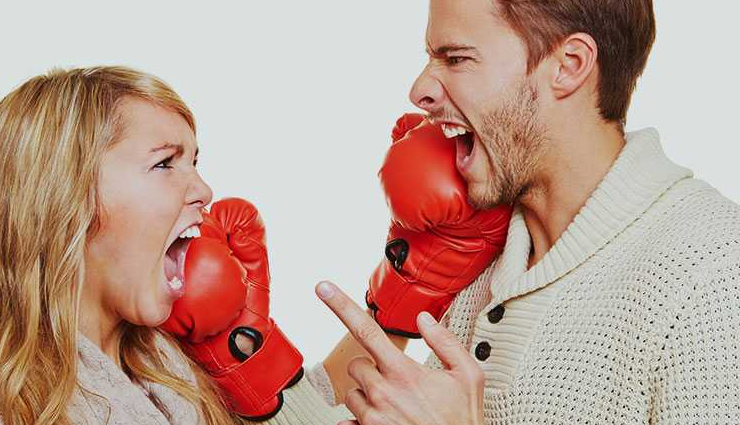 All guys are guilty of leaving the seat up from time to time, and yet, this simple act of indifference can lead to the most dreadful arguments. Women will argue that they shouldn’t have to manhandle the toilet seat after a guy’s been in to get it back in the right position for themselves.

Guys might wonder what makes women so special that they should have an exclusive right to avoid touching the porcelain. Anyone with an ounce of common sense would probably say, “WHO CARES?!” Is it really worth arguing over?

One half doesn’t like the other half’s friends. Typically, one partner thinks they are a bad influence and that they should be left firmly in the past. Well, bad news, guys and gals. No matter how much you might want them to ditch their annoying buddies, they’ve probably had a much longer relationship than you have, and any “me or them” speech will likely backfire. Hold back on the “It’s me or them” speech, and focus on the things that actually matter. 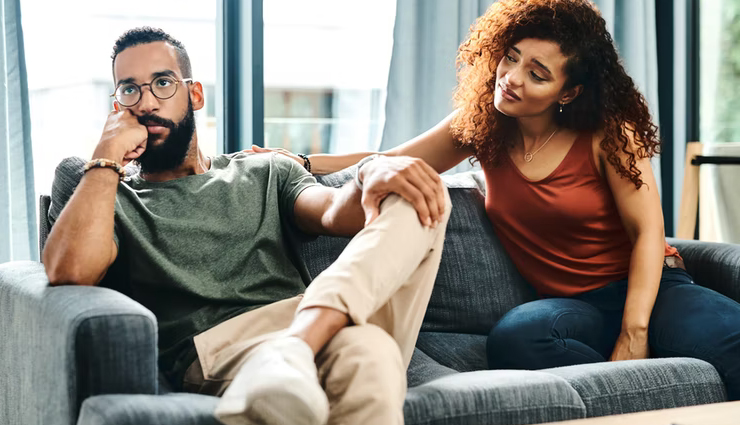 One has the blood of a polar bear, the other that of a desert snake. You just can’t agree on the temperature, and it is a constant source of contention as you both attempt to avoid the discomfort of being too hot or too cold. Such a petty argument to be having. If you’re cold, wear a sweater. If you’re hot, take off a layer, or go for a walk outside if it’s cool. This stuff really isn’t rocket science!

Uber trad, or uber modern? Does one of you love dark woods and horse brasses and the other modern, sleek lines and Spartan minimalism? Does one fill their home full of family photos, porcelain statuettes, and cut glass, while the other thinks that even having a roof makes the place look cluttered?

Personal taste is such a hard thing to agree on, but if you can’t agree, then separate the rooms to decorate according to the whims of each. This way, each of you will have at least one space to be content within.

4 Signs That Tell You are in a Happy Marriage ...